Coming back from a recent trip to my homeland in Southeast Asia, I brought with me a lot of ideas/inspirations for baking macarons. This is the first of a series I’m planning on trying out in the next couple of posts.*

Halayang ube is one of the Filipino sweets I liked so much while I was growing up in Manila. It is a kind of pudding made from boiled purple yams mixed with either condensed milk or coconut milk, or both. When I saw that Wonder Bake sells ube powder, I saw the potential for a macaron flavor inspired by this much-loved traditional Filipino sweet so I bought several sachets (I would’ve bought more, but the expiry date is this September so I’ll just have to replenish stock next year when we visit again). In the recipe below, I used the powder to flavor both the macaron shells and the filling. I opted for a white chocolate-based ganache, but buttercream could also work (use French buttercream if you want to use the excess egg yolks). I have reservations with regards to using actual halayang ube as this could either be too solid or too runny: the former would result in crunchy macarons, while the latter would result in soggy ones.

* In case you’re wondering: I had to wait until I’m back here in Norway to put them to the test for two reasons: 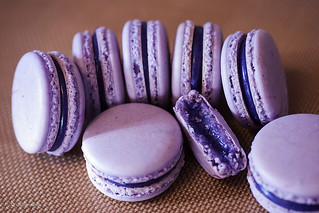 * If your egg whites are starting to achieve soft peaks before your sugar syrup is ready, don’t panic. Just lower your mixer speed from «high» to «medium» and you’ll be fine 😉
** I used a template I found on the internet under the silpats, but you can make your own.

¨ This might take longer, depending on the humidity in your area.

Sorry for the yellowish tinge—took this photo with my iPhone at night, under flourescent lighting 😅 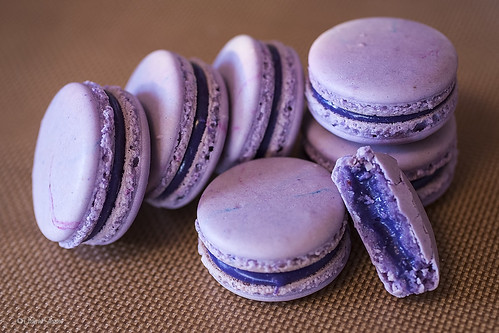 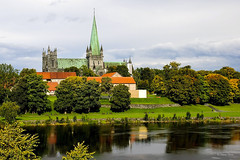 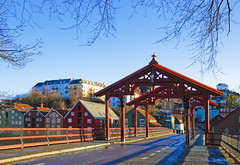 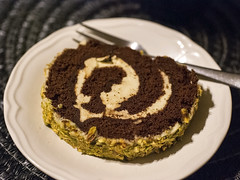 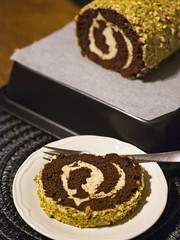 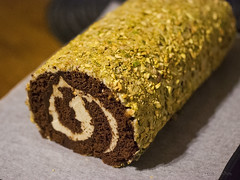